I played with CTF.SG and solved all the OSINT challenges in the Misc category!

I actually solved this before the hint was released. In fact, I was kinda angry that the author released multiple hints for an already solved challenge.

With something as vague as this and the Discord button standing out from the usual CTFd interface, I decided to join the Discord.

The oldest message in the #general channel was this:

Searching more on google again, we get a deleted post that references the BEE SCRIPT

Since using the usual ceddit and removeddit didn’t work - probably because the post was deleted in 10 min and was not on a subreddit but on a user page, I had to resort to the Wayback Machine, which returns a page with all the deleted posts from the user.

This is the page

The flag is printed twice on the page, which gives us the solve!

On page that gave the flag in the last challenge, the most recent post was a hint pointing to dostarsevenspin’s instagram.

As there is no way to recover a deleted instagram or twitter post of another user, unless you have cached it beforehand, I knew it was a red herring, especially since the profile listed links to his Twitter and Snapchat as well.

As we all know, Snapchat deletes posts after 24 hours so I didn’t even bother looking there.

Sadly neither the Spin Stars nor Stars page gave any details.

However, when you go to his profile and list his contributions, there is an edit on the Wikipedia entry for Flag which gave the flag.

Here is the exact section for your viewing pleasure:
https://en.wikipedia.org/w/index.php?title=Flag&oldid=959455544#Flapping

Continuing from the previous part, lets look at the user’s posts.

There was one edit which pointed to a freenode IRC channel #starsdonotspin, but that was a red herring.

Going on, I noticed the user’s largest edit was on this wikipedia page. 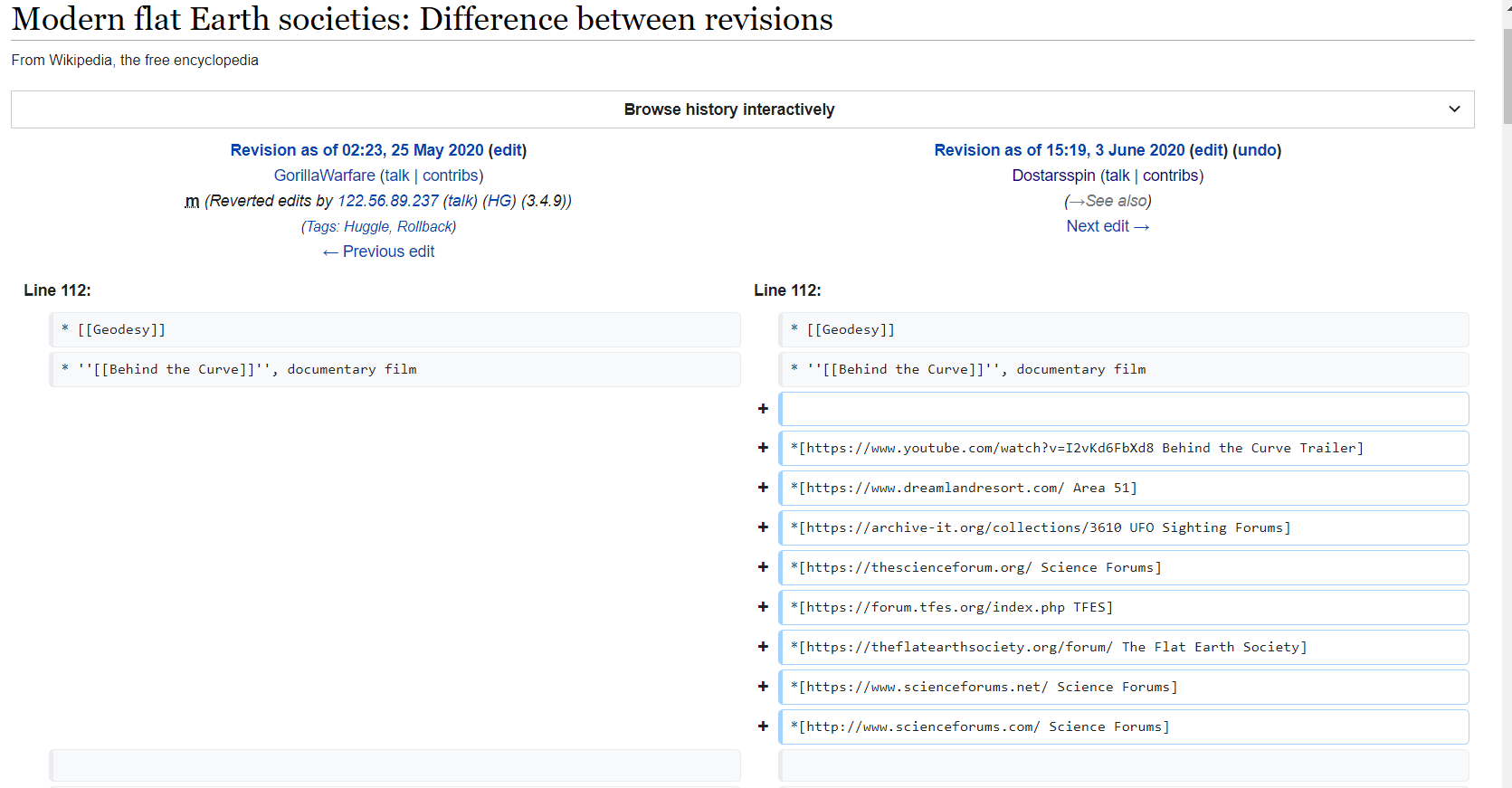 It has a list of links, so lets check them one by one.

Most recent comment was one about stars spinning, but it was created AFTER the CTF has started so lets ignore that. It’s probably by a player and not the challenge creator. The other comments were unrelated so lets move on to the next link.

It looked too geocities, so I skipped it upon opening and put it in the backlog.

What caught my eye next was *[https://forum.tfes.org/index.php TFES] and *[https://theflatearthsociety.org/forum/ The Flat Earth Society]. You see, there was actually a hint on the Twitter about TFES, forums and more than 1.

So i went straight to them.

Using Google, I found that someone posted about stars spinning has made a recent post on the latter site.

The link was still live and I didn’t have to use cache or webarchive. 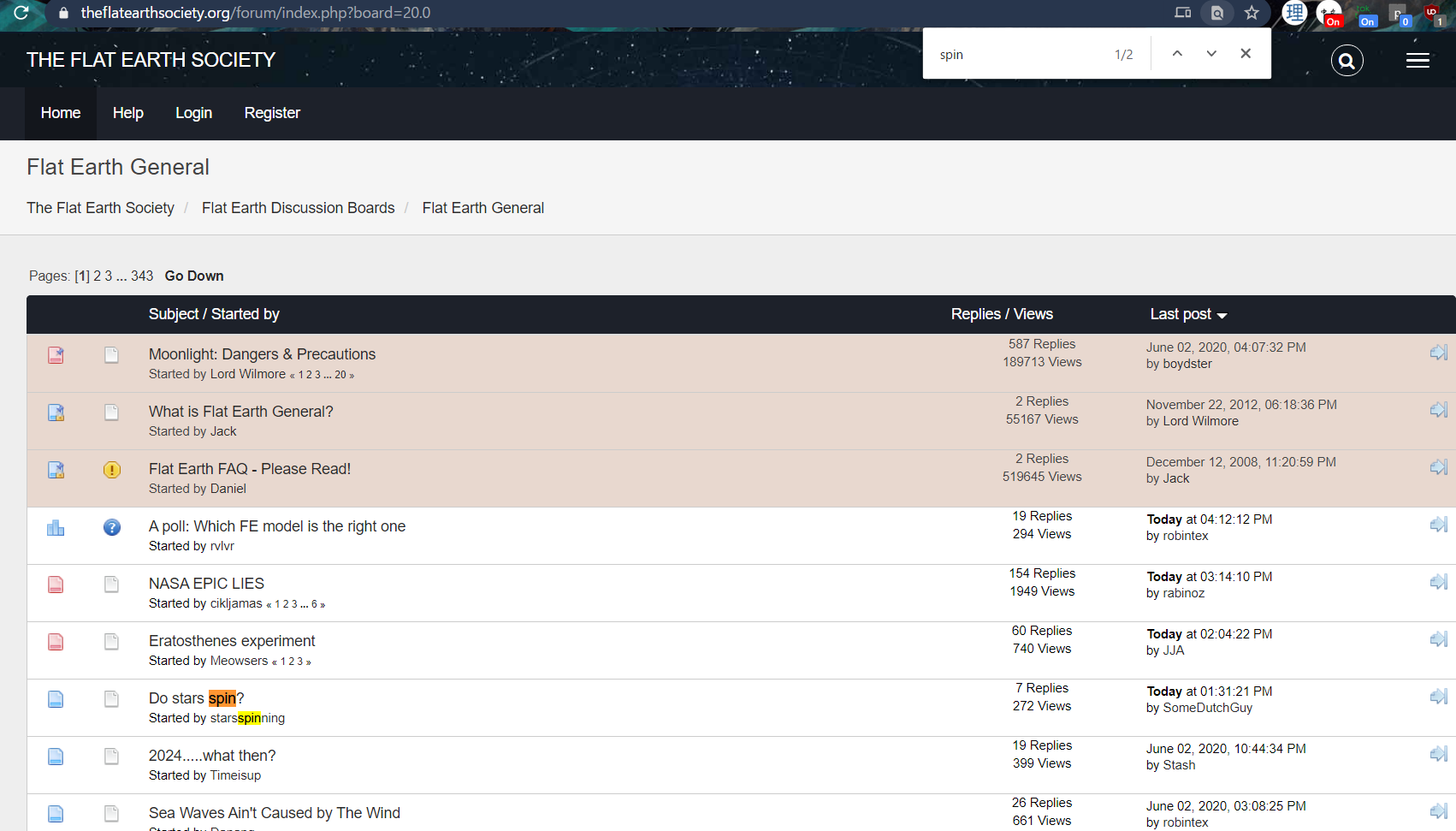 Going through the user’s post history, I noticed one post where the user posted his email address and clearly said to Email him. 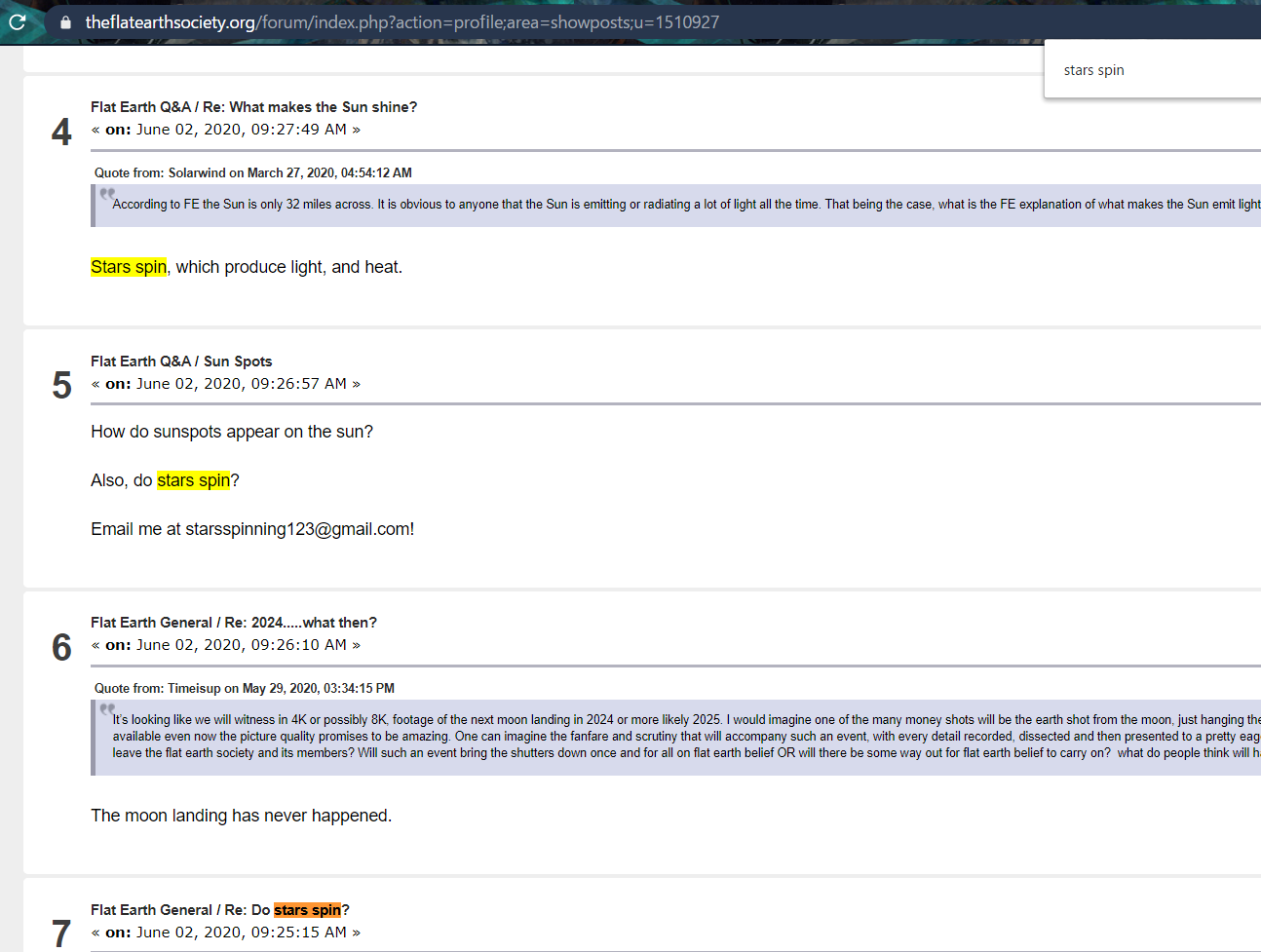 At this point, I felt like a guess god, and I knew that this was the answer as I sent my email and got an automated reply within 1 minute. 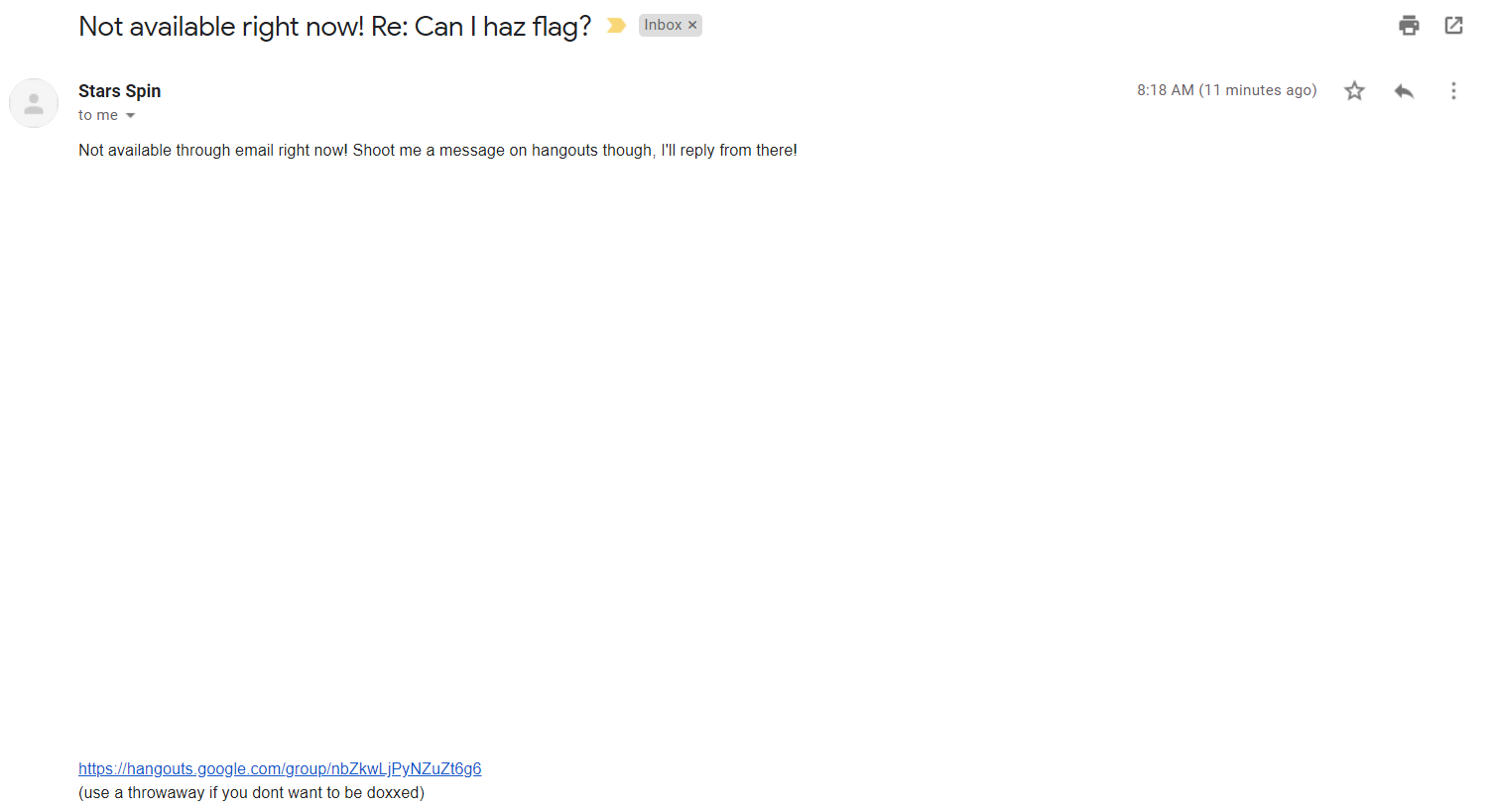 I opened the Hangouts link sent in the automated reply, and there was the flag.